Too Much Screen Time Can Hurt Your Brain 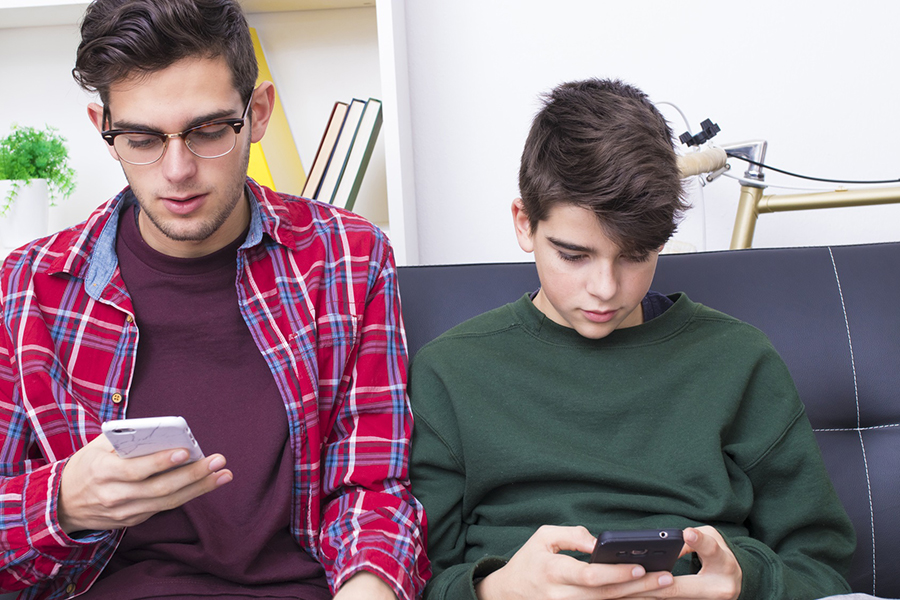 Too Much Screen Time Can Hurt Your Brain

Summer is here. If you’re too old to go to camp and too young to get a job, that means you’ve got a lot of time to do nothing.

And while it’s fine to spend a little time relaxing after a stressful year of school, it’s important that you don’t spend the entire summer on the couch. Not only can you fall behind academically when you don’t spend any time studying over the summer, but also multiple studies have shown that spending hours watching TV, playing video games or texting with your friends can actually have a serious negative effect on your brain.

According to an article in Psychology Today, researchers have found physical evidence of brain changes in people who are addicted to the internet or video games. They have found that the more time you spend in front of a screen, the more the gray matter in your brain atrophies, or shrinks, especially in your frontal lobe, which is the part of the brain that controls executive functioning skills such as organizing, planning and prioritizing. Other studies have found that excessive screen time can cause impaired cognitive functioning and a lack of communication between your left and right sides of your brain, which affects how your higher order thinking skills connect with your more basic emotional and survival skills.

Here are a few other ways that excessive screen time can affect your brain.

2. Worsening Mental Health
Probably one of the most well-documented effects of screen time on your brain is an increase in depression, anxiety and thoughts of suicide. According to one study from San Diego State University and Florida University, nearly half of teens who have more than five hours of screen time a day have thoughts of suicide or long periods of feeling hopeless and depressed.

3. Decreased Social Skills and Lack of Self-Confidence
Learning how to deal with people in the real world isn’t easy. Anything from making new friends to talking to someone you have a crush on or going on a job interview can be scary. That’s one of the reasons many of today’s teens prefer to spend time in front of a screen rather than face-to-face with actual human beings. But in an article in Rally Health, filmmaker Delaney Ruston, who produced the documentary Screenagers, said this kind of behavior can hurt teens’ development of good social skills. “Rather than challenge themselves to do that in person, they go to the screen for a diversion,” she says.

Ruston also says in the article that by spending more time in front of a screen, teens are less likely to spend time creating their own experiences, stories or art. “I think the key to developing self-competence and self-confidence is creating,” Ruston says.

4. Lack of Sleep
You probably know that checking your phone right before bed can keep you awake at night, but did you know that the overall amount of screen time you have during the day is also a factor in how much sleep you get? A new study that came out this month from the American Professional Sleep Society says that the more hours of screen time you get in a day, the more likely you are to experience insomnia and to be unable to sleep for as long as your body needs. Why? Because the blue light emitted by screens on cell phones, TVs and computers decreases our body’s production of melatonin, which controls our circadian rhythm, the system controlling the timing of many biological processes.

Ok, so if you don’t want to spend so much time in front of the TV or computer this summer, what can you do instead? Think of some things you’d like to do just for fun, as well as some things you can do to keep your brain sharp over the summer. You could try cooking, baking, doing an art project, building something, or spending time outside. Check our blog post on summer brain drain for more tips.

For educational enrichment, you could do your summer reading or sign up for a class or academic workshop. This summer we’re offering the Ideal Student Workshop from July 30 to August 3. It’s educational and fun. Sign up today!