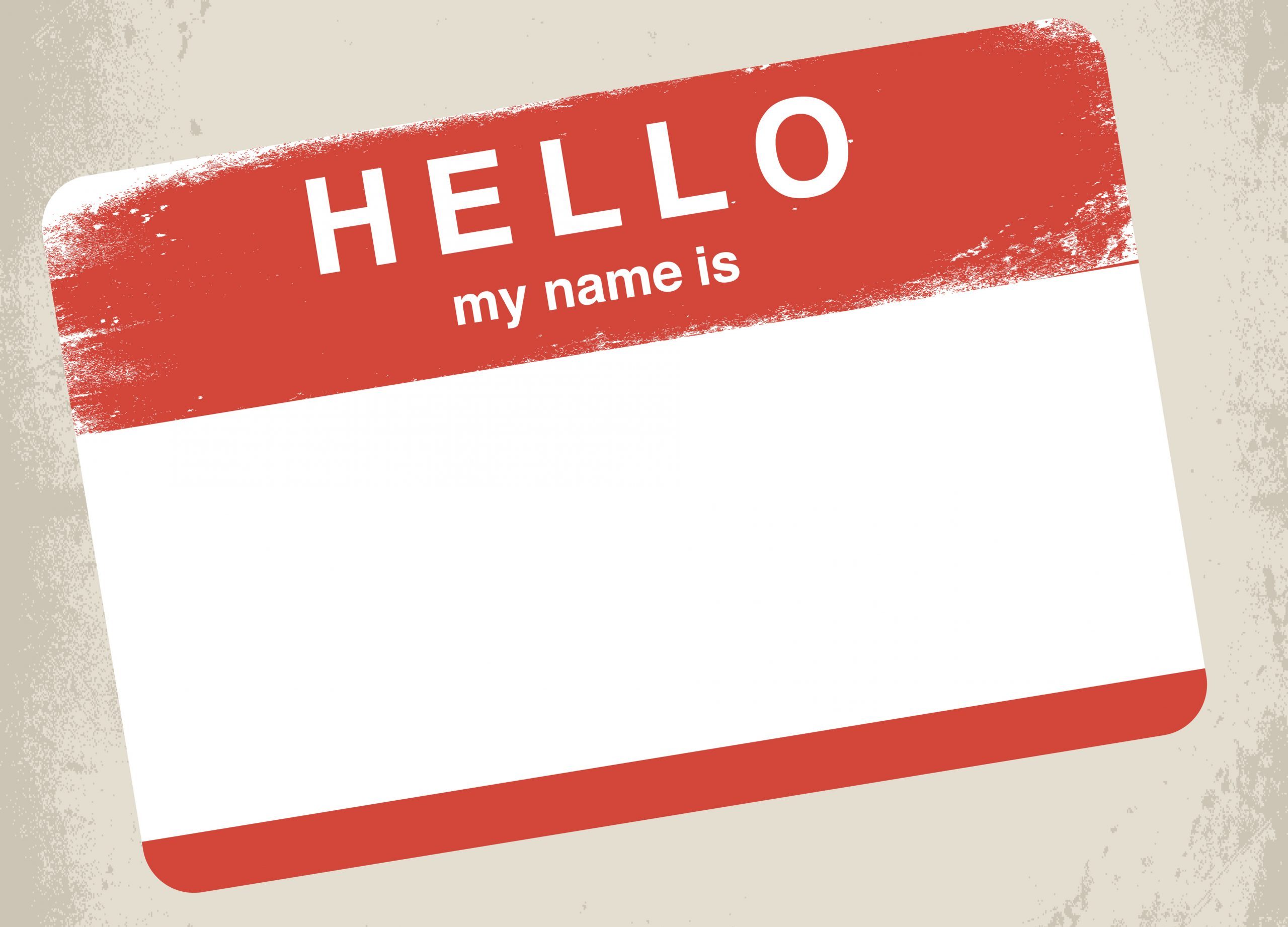 Here’s a quiz: I’m going to share four lists of names, two for males, two for females. See if you can figure out what they indicate. 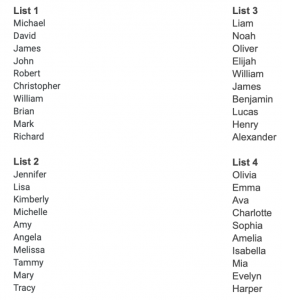 It’s interesting to consider the change in popular names. Michael was the number one male name from the 1960s through the 1990s, falling to number two in the 2000s, dropping down to seven in the 2010s and now out of the top 10 entirely for 2020.

When I was young, I sometimes disliked my name because it was so common. Every classroom of my youth had more than one John, so my last initial was always appended to everything. In team sports my coaches invariably called me either “Big John” or “Little Johnnie” depending on my size relative to the other John on the squad. Our names are bound with our identities, and I suppose subconsciously I didn’t want to have my identity defined in relation to someone else. Why couldn’t I just be John?

One thing I didn’t have to worry about was my name being mispronounced by a teacher. I remember seeing the reactions of classmates with less common names brace themselves for that first roll call of the year, anticipating a mistake that in a worst case scenario could turn into a cruel nickname for the rest of the year.

As a college instructor, I’ve seen those looks from students as I meet them in our first class. I once had a semester at the University of Illinois with a cohort of five students from Singapore in a class. They had preemptively adopted anglicized names (Joe, Sarah, etc) to stand in for their given names. I don’t know their motivations. In hindsight, I wish I’d had the wisdom at the time to ask. Maybe it was preferable to adopt a name that wasn’t yours than to hear the pronunciation of your name butchered everywhere you went.

The most popular names on the Social Security Administration register merely reflect the white majority of the country, but that doesn’t mean they’re the only names that we ought to learn how to pronounce correctly. The writer Anand Giridharadas calls the difficulty the white majority has pronouncing non-white names “Mayflower mouth.”

As Giridharadas points out, in some cases the harm is intentional, as in the tendency of some of Vice President Kamala Harris’ political opponents to mispronounce her name on purpose, signaling that she is an outsider.

But the unintentional mispronunciation can be a problem as well. Giridharadas describes how hearing his first name pronounced incorrectly (correct pronunciation is here) became a kind of “tax,” where giving in to the mispronunciation meant ceding some portion of his identity and pride, and correcting it meant risking being seen as a pest, which would only damage his social capital.

It’s important to get students’ names right as a matter of basic respect, and that sometimes requires care, humility, and self-reflection. I used to say something like, “I’m going to get this wrong, but please correct me,” before a name that I knew I would have difficulty with, but I now see that as less than ideal, signalling a disconnect between me and a student. It would be useful to add something like, “Everyone is entitled to have their name said in a correct way, and I want to make sure I’m meeting that goal.”

One technique is to ask students to introduce themselves to the class on the first day, allowing them to announce their name as it is pronounced. Another, that I especially like is to introduce myself individually to students on the first day as they enter the classroom. It can seem a little strange and goofy from the student perspective, but it ultimately fits my persona. If a student has a name that I know I may have trouble with because of my Mayflower mouth, I may ask them to say it again, and I’ll create a phonetic aid for myself on the roster.

Mispronunciations may still happen, but it is my intention from the beginning to signal to students that I want to get their names right and that I will continue to work on it and apologize when I make a mistake.

One of the core values I want to bring to teaching is respect for students, and getting their names right is a necessary condition for establishing that respect.