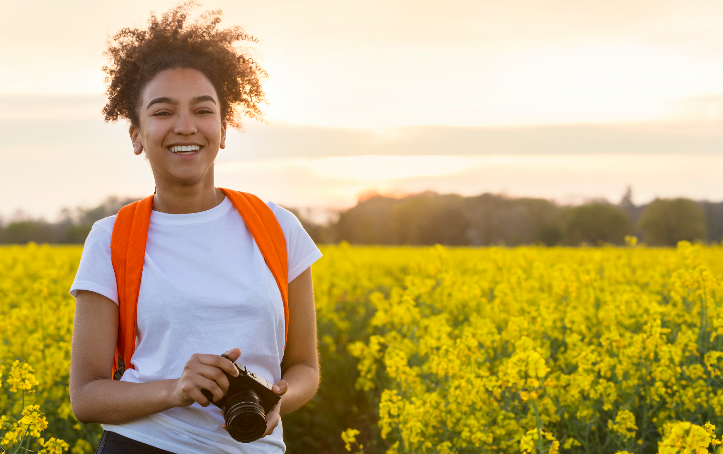 Writing recently at the New York Times, Emily Esfahani Smith explores what we’ve learned about student resilience — the ability to adapt well to stress — in the face of the coronavirus pandemic.

Initially, schools adapted by moving to pass/fail grades and canceling extracurriculars. At that point, students reported lower anxiety and less depression, even though we were living through a pandemic and were all largely isolated from one another. Getting a break from school was welcome. As Phoenix-area student Carson Roubison told Smith, “I was excited, to be honest, to have some time off school.”

But as school “ramped up” in the fall, the amount of anxiety and depression returned to, and then exceeded, pre-pandemic levels.

Citing an array of experts and studies, Smith argues that the chief source of these problems is student worries about “achievement.” Students feel the pressure to do well in school because they see a failure to excel as the closing off of future opportunities in college and beyond.

The pause in schooling was welcome because it gave students a chance at a breather. For a time, they didn’t have to worry about how the day-to-day work of school was having an impact on their future lives.

This brought to mind part of my recent Q&A with Jon Boeckenstedt, Vice Provost of Enrollment Management at Oregon State University, he related a conversation he’d had with a young woman at a New England prep school:

“I was doing a weekend program at a prep school in New England once, and a young woman in the audience asked about taking a pottery class. She really was excited about it—she’d always wanted to do pottery—but said she’d have to eliminate a rigorous, more ‘academic’ elective to do so. She was worried that some colleges might deny her based on that. I asked her why she’d want to affiliate with a college that would deny her based on her pursuit of something she loved.”

I have witnessed this phenomenon in the first-year college students I’ve worked with. They report having participated in activities and extracurriculars not because they were interested in them, but because they thought they would look good on a college application.

Too often, students see their schooling and extracurriculars as the building of a resume. If pursuing this achievement results in increased depression and anxiety, as well as decreased agency, resilience, and curiosity, we should be doing some rethinking.

If we want to play the long game of healthy, academic and social development, rather than building a resume, students should be working on developing their interests.

First, and perhaps most importantly, the vast majority of colleges and universities are not particularly selective. At College of Charleston, where I used to (and still occasionally) teach, students would tell me they’d joined the Key Club despite having no idea what the Key Club did, along with other dubious line items meant to impress admissions offices that did not need impressing, since the College’s admission rate is nearly 80%.

Perhaps I am biased, but College of Charleston is a wonderful choice for a student, as are all the places below:

I could go on and on. Yes, most of the schools listed above require an average or somewhat above-average GPA and SAT/ACT score (though test-optional schools are growing by the second). But you don’t need to have started your own company or joined a dozen clubs or been a three-sport varsity athlete to earn admission.

The schools that accept 10% or fewer applicants may suck up a lot of oxygen in the cultural conversation, but they are the extreme minority. By way of comparison, the entire undergraduate population of the Ivy League is about the same size as that of Ohio State (a school with a 54% acceptance rate).

Having taught at five different higher education institutions over the last 35 years, I can promise that a good education is available wherever students go, and the best way for them to take advantage of the education on offer is by exercising agency over their own choices.

Agency and resiliency are inextricably intertwined because being required to make choices and experience the consequences of those choices allows students to see that the inevitable bumps in the road are indeed survivable. My students arrived in college believing that a good student was someone who would seize every opportunity, only to experience burnout and realize this approach left them with little sense of which opportunities actually appealed to them.

This left them primed to experience anxiety. Without sufficient practice with agency, students struggled with believing they could exert control over their own choices. This could be struggles about big things, like what to major in, as well as small ones, like what to write about for an assignment in my class. I knew students were in for some trouble when I would ask them what they wanted to write about and they didn’t have an answer. They had spent too many years doing as they were told in order to please a system they barely understood, but which they believed had the power to derail their entire lives.

Parents also play a role in this. They are, justifiably, worried about what appears to be a narrowing path to success, but students who approach their work with interest and passion, rather than out of a sense of duty, not only do better school-wise, they’re also happier and healthier, which is everyone’s ultimate goal.

This may cause short-term turbulence as young people are prone to make decisions that seem questionable to us older folks, but even a moment’s consideration of our own pasts will reveal how those screw-ups resulted in our most lasting lessons.

Of course, allowing students the chance to practice agency depends on making sure we have a system where the consequences of mistakes are commensurate with their severity.

The best thing we can do to protect the future of students is to give them the space to live as the individuals they are.

One of Educational Endeavors’ core beliefs is that learning can be (should be!) fun, and that includes things like test preparation. After a successful attempt at the Chicago Public Schools selective enrollment exam, a parent was pleased with their child’s perfect score, but they were even happier with the process, “It really helped her to focus and have some fun along the way which I think is SO important. The entire HS process is so stressful which is a shame. The approach was a definite bright spot she looked forward to!”

Retaking the Math SAT After You’ve Forgotten All Math »
« Education Isn’t a Race, and Learning Can’t Be Lost