Interview with an Expert: What Families Don’t Know About College Admissions 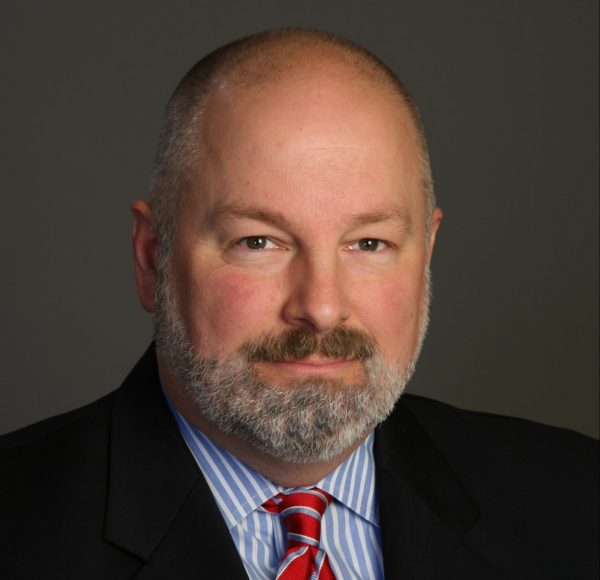 Interview with an Expert: What Families Don’t Know About College Admissions

One of my favorite Twitter follows is Jon Boeckenstedt because a couple of times a week, he will drop a thread of wisdom that parts the veil of college admissions and lets more light inside. Over the years, as a teacher of first-year college students, I’ve heard lots of after-the-fact regrets about not just the college application process, but many of the activities students have engaged in prior to college. Many parents and students would be surprised to know that 80-percent of four-year schools accept more than half of all applicants. The “highly rejective” schools are a very small minority of the higher ed universe, and definitely do not have a monopoly on providing a quality education.

Jon Boeckenstedt has been on the front line of these issues and operations for decades. He is the Vice Provost of Enrollment Management at Oregon State University in Corvallis, where he has been since July 2019. Prior to that, he was Associate Vice President at DePaul University in Chicago for seventeen years.

Jon has over 35 years of experience in enrollment management and admissions and has worked at a wide range of colleges and universities, from non-selective to highly selective and from very small to very large. He has special interest in data visualization and the appropriate application of corporate strategy to higher education and is the author of two blogs: One on higher education data and one on important trends and topics in admission and enrollment management.

He is an Iowa native and holds a BA in English and an MS in marketing and management.

He answered my questions over email.

Educational Endeavors: What drew you to the admissions side of academic administration? Was it a predetermined path or something that happened with less intention and planning?

Jon Boeckenstedt: I got into admissions by accident and dumb luck. My parents both had 8th grade educations, so when I was thinking about college, I was literally on my own. In 1976, that wasn’t atypical, of course. But I knew that I might have done better with a little advice and counsel from people.

When I graduated from college, I had seven years of monthly payments of $52.79 to pay back, and the economy was bad, and I took a job selling cable TV door-to-door, perhaps the worst job in the world for an introvert. One day in the breakroom I saw an advertisement in the Des Moines Register for an entry-level admissions job; it was a mid-year hire, and thus I probably had less competition. I got the job, and the rest, as they say, is history.

EE: You’ve been laying down some college application and admissions wisdom on Twitter lately, and it strikes me that there’s a theme of you trying to undo what I would call the “folklore” around admissions. What are some of the biggest myths you’d like to bust once and for all?

JB: That colleges are hard to get into. They’re not, unless you are talking about the top of the food chain. That there is a thing called “need-blind admissions.”  There isn’t now, nor was there ever. I’ve written about this a lot. That graduation rates are an output. It’s pretty clear that they are an input. And that standardized tests are meaningful. They’re not.

EE: Given that I just took the verbal SAT administered by our mutual friend Akil Bellow and lost 80 points over the last 34 years, I’m glad they’re not meaningful! There’s been a movement towards test-optional admissions this year. What impact is that having?

JB: The first year of test optional admissions always results in a rush of applications because students think “test-optional” means “ability-optional.”  At the highly rejectives, it means that a lot of students who thought they had no chance because of a 1250 now think they have a chance without tests. They don’t. The interesting thing will be to see who stays test optional beyond next year. Once you increase your applications by 20% or 40%, and your admit rate goes down, it’s hard to lose those apps and let your admit rate float back up. Those two things [lots of applicants and low admission rate]  are the coin of the realm in highly selective admissions.

EE: Something I often hear from first-year students once they’re up and running in college is a certain amount of regret over some(even many) of the things they did in high school in order to impress potential colleges. They were building resumes rather than pursuing genuine interests. Any advice for those students, not only on what matters when it comes to college admissions, but what kinds of things may help better prepare them for college?

JB: There are two stories that come to mind. I was doing a weekend program at a prep school in New England once, and a young woman in the audience asked about taking a pottery class. She really was excited about it—she’d always wanted to do pottery—but said she’d have to eliminate a rigorous, more “academic” elective to do so. She was worried that some colleges might deny her based on that. I asked her why she’d want to affiliate with a college that would deny her based on her pursuit of something she loved.

Second, a colleague in Chicago once sent her son to talk to me. Their independent college consultant had told him that “MIT likes entrepreneurs, so you should start a business.”  Of course, the point was really that MIT liked students with entrepreneurial orientation (if that’s even true, and I’m not sure it is), not students who have to be told to start a business to impress someone.

Finally, most math professors I’ve talked to say that they actually prefer students start calculus in college. But at some highly rejective colleges, well over 90% of the admitted students have taken it in high school. There’s a disconnect there, and I’m not sure the faculty and the admissions staff are always in alignment on important things like that.

EE: I’d like to ask you for your thoughts about some of the ideas for reform regarding college admissions that I’ve hard kicked around? For example, what should we do about early decision (ED)?

JB: It’s more complex than this question would indicate, I think. In general, I’m opposed to imposed conformity of admissions processes and restrictions on how colleges can operate the business side of their academic mission. And, remember ED is mostly for the wealthy and advantaged applying to the wealthy and advantaged institutions, so it’s really a tiny sliver of the process, despite the attention it gets.

If we could ever create a structured college application system, I’d actually have several rounds of early decision: Apply to your first choice; if you don’t get in, apply to your second, etc. And then there would be final rounds after all the slotted rounds ran like they do now, for colleges that still had room.

EE: It sort of sounds like a quasi-matching process mechanism for parties with mutual interest to find each other…

JB: The idea is to let colleges use your level of interest as a factor in admitting you. Ultimately, it should make for happier students.

EE: How about a recent proposal for “highly rejectionist” schools (Ivy League, Stanford, etc.) to “double” their size?

JB: Pipe dream. Not saying some institutions might not do it, because they may, but part of their advantage—and part of what they convince themselves makes them special—is that they divide the numerator of resources over the denominator of students. It doesn’t take much to figure out why they’d not want to do that. It’s literally not in their best interest.

EE: What about an admissions lottery? The school decides who is deserving of admission and then among that pool, slots are chosen by lottery?

JB: Again, it’s the college’s decision, but if you’re going to do it, here’s how I’d think about it: Draw a line around the ones you consider to be worthy of admission, or have the admissions officer vote in a binary way, e.g. if we have room for this student would you admit them? Take all the ones you draw the line around or who get a “yes” vote. Then take the first 10% or 20% or 50% by lottery. It’s important you do that selection first.

Then take your unchosen athletes, legacy, and other “hooked” students and select them. Then do the regular process on the last group. It’s important that no one on campus (other than admissions and IR) know which students belong in which group. Run the experiment for five years, then do the research and see if it makes any difference.

Of course, the idea of a lottery will only increase applications, so this might not end up the way people want it to.

EE: Let’s say I made you national czar of all things college admission. What one or two things would you like to see happen?

JB: 1) A national database of students interested in college, so that we could flip the process: Colleges apply to students. 2) Financial aid offers prior to admission. I think both would go a long way to helping us reach the students we want to reach, while cutting down the anxiety admissions causes for (an admittedly small) group of students.

EE: Lastly, what do and don’t you miss about Chicago?

JB: My commute in Chicago was 90 minutes each way. I don’t miss that. Or traffic in general. I miss the amazing forest preserves in Illinois where I did a lot of photography; and of course, I miss Chicago pizza (both traditional and the deep dish you’d get a couple times a year).

college admissions
Education Isn’t a Race, and Learning Can’t Be Lost »
« Getting Beyond Test Scores with Jack Schneider