What Makes Wordle a Perfect Challenge? 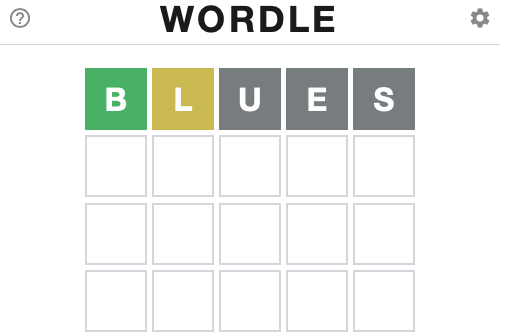 What Makes Wordle a Perfect Challenge?

Wordle is a perfect challenge.

Do you know Wordle? Wordle is an online word game created by a software engineer named Josh Wardle that gives players six attempts to guess a five-letter word. After each guess, the game tells you whether or not any of the letters used are in the target word, with a yellow square indicating that you’ve guessed a correct letter, and a green square telling you it’s the correct letter in the correct place. 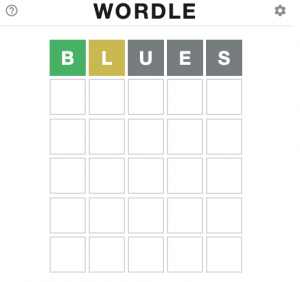 There is one Wordle released per day, and in the ten days I’ve been playing it, figuring out the word has taken me anywhere from 5 to 17 minutes, and it is just about the first thing I do in the morning.

As an instructor of writing, I’ve spent a lot of time thinking about constructing experiences that are interesting and appropriate challenges and in that vein, I’ve been thinking a lot about what makes Wordle so perfect.

While there are 12,000 five-letter words in the English language, game designer Wardle tells the New York Times that the Wordles are limited to 2500 or so words that Wardle and his partner, Palak Shah, decided were sufficiently common to be known by most people. You’re not searching for something from your new vocabulary word-a-day calendar.

Not to pat myself on the back, but I have successfully solved the Wordle every day I’ve tried. However, solving the Wordle does not feel like a guaranteed slam dunk. If I want to succeed, I have to concentrate and put my mind to it.

Wordle is in contrast to the New York Times’ Spelling Bee game, which for me, is sometimes doable when it comes to finding all the words, but is more often an exercise in frustration, which led me to quit playing it entirely so as not to risk the aggravation or the extreme time suck of spending half the day trying to crack the stupid thing.

Limiting the Wordle to one a day means there’s no way to binge obsessively on the puzzle. This is important because giving sufficient time and space in between the specifics of the task allows for a period of reflection about the challenge in general. While walking the dogs the other day, I rolled theories around the best possible starting word in my head.

That gave way to the worst possible starting word.

One of the things I ask students when they’re working on something I’ve assigned them is whether or not they found themselves thinking about it even when they weren’t actively at work. To me, that’s the sign of an on-target challenge.

While there are for sure strategies that make guessing the Wordle more likely—e.g. making sure you have at least two vowels and a few common consonants in your first guess—there is no single way to skin this cat.

For example, there are people who have employed data and algorithms to try to determine the best starting words. I think they are a huge buzzkill, but they turned the challenge into something suited to their skillset.

At first, I was highly strategic in choosing my first word, with the idea that the primary goal is to use as few guesses as possible.

Now, to change the challenge I instead enter the first five-letter word that pops into my head. As long as I hit the target by the sixth guess, I’m good.

There’s room for even more experimentation. You could limit your first word to a part of speech, or name of an animal. The game itself has a mode where you have to use letters you’ve already correctly guessed in the next guess which prevents using the strategy of mining the correct letters and then rearranging them into the correct order. This makes it far more interesting.

Completing the puzzle is a solo project, but when you’re done Wordle provides a link to share your daily result on social media in a way that shows your progression, but leaves the word hidden.

If you had a bad day you don’t have to share, but if you want to toot your own horn, there’s a handy outlet.

This private effort, public sharing element is why all writing assignments should have an authentic audience beyond the teacher, and a purpose beyond a grade. This isn’t to say that students must share their work publicly, but the possibility of doing so often creates better engagement and makes the whole experience more fun.

It really is. You should try it.

Wordle proves that something simple can be hugely engaging as long as what’s underneath is attuned to what makes us tick.