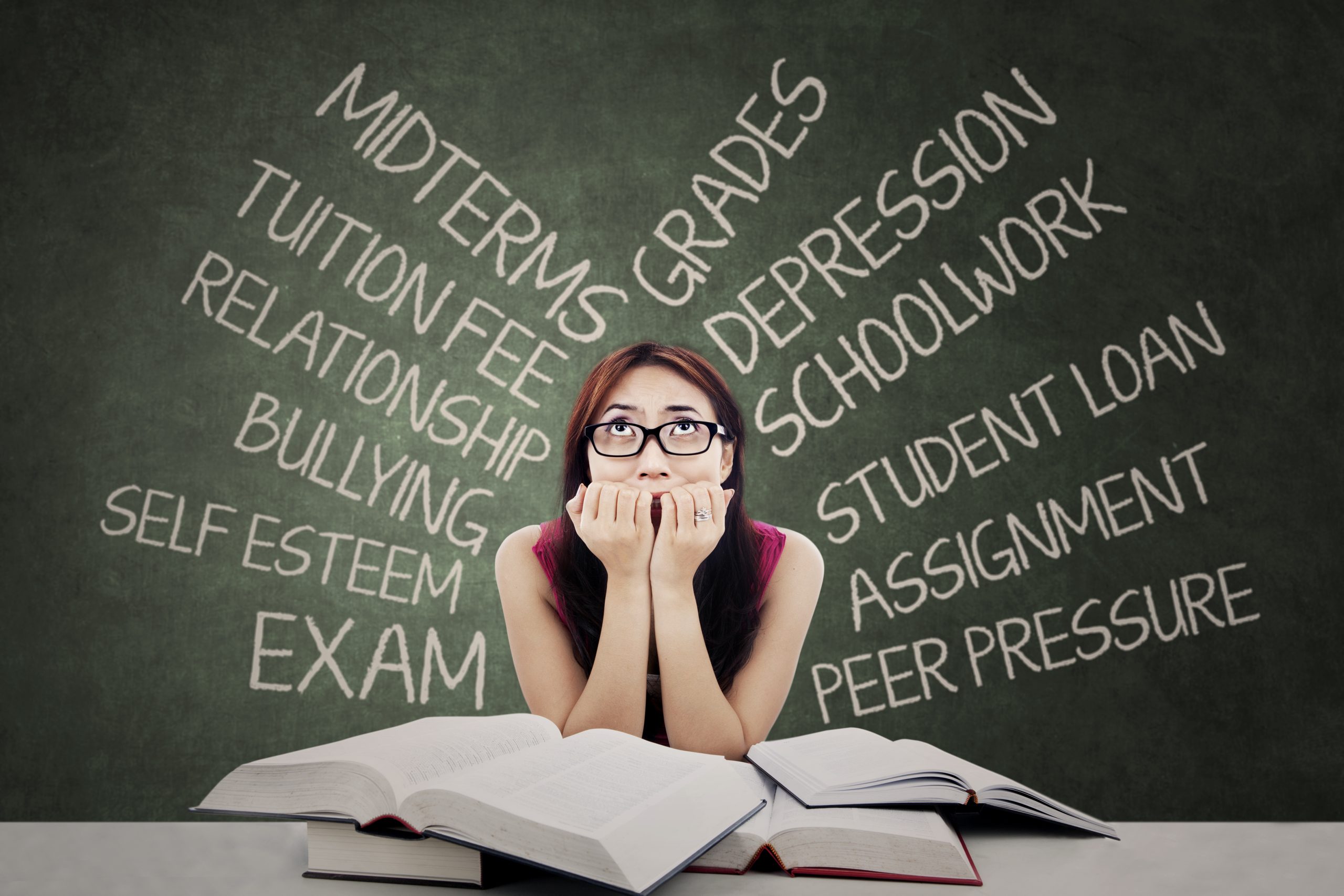 It’s the most stressful time of the year.

When I was still teaching college full-time, this is the week when I would finish the full-out end-of-semester sprint by running into a brick wall of exhaustion moments after turning in my final grades.

Students have it worse. At my finish line, I turn in grades and never think about them again. For students, the arrival of grades is cause for fresh anxiety about their futures. For college-bound seniors this is also the time of year when college admission decisions start to arrive.

When trying to help a student deal with the emotions of college admission and selection, it can be tempting to try to inject the adult perspective of hindsight and tell them things like there’s lots of good colleges, and it’s more about finding the right fit than getting into the most selective school.

You could try giving them former New York Times columnist Frank Bruni’s book, Where You Go Is Not Who You’ll Be: An Antidote to College Admissions Mania, but be prepared for the student to tell you the book is something less than helpful, despite it being largely correct, even though Bruni sometimes reinforces the status race of higher ed by calling institutions like William & Mary, “Safety schools.”

Unfortunately, when emotions and stakes are both high, rational talk is not necessarily helpful. It is particularly not helpful when bad news comes for something that feels like it may impact the rest of a student’s life. Not getting into a top choice makes it feel like all the hard work that went into the pursuit was somehow a waste.

This is not true, of course, and eventually most of us come around to a healthier perspective, but being told you’ll feel differently some day while in the midst of emotional distress is not helpful, the same way telling someone “there’s other fish in the sea” when they’ve broken up with the love of their life is borderline cruel.

So, short term, what can we do for the harried educators or students in our lives? The most important thing is to simply offer your understanding and support. If a student is disappointed by a college rejection, they should be allowed their disappointment. Yes, life will go on, and in the vast majority of cases, the specific choice of college does not determine one’s future happiness. Certain paths may be less likely, but I find it helps to think of life like a multiverse. In some other version of the world, maybe I’m doing that other thing I wanted (shut-down defenseman for the Chicago Blackhawks), but in this one, I have to play the hand I’m dealt.

Students will get to the same place, promise.

Long term, we should be looking towards a more humane, sustainable way of operating so these inflection points don’t seem so momentus. One way of thinking about this goal can be seen in a recent blog post by best-selling author and activist Cory Doctorow, who has been observing the tightrope his 13-year-old daughter has been walking in school as she feels the need to excel at everything, all the time, and wishing that she had the kind of “slack,” that he experienced growing up.

He says, “I want my kid to be able to goof off, fail courses, take others, switch majors, drop out, drop in, take a year off, start up again. I want her school to train her for the fluidity and unpredictability of a chaotic future.”

Doctorow recognizes that his daughter is a child of privilege – as I was – which makes it much easier to provide a little slack, but we should also recognize the ways the system is even less forgiving to students without privilege.

The notion that each moment of a student’s schooling is part of a competition that bears onthe future prospects is incredibly destructive not just to their emotional well-being, but their ability to learn as well. Every moment becomes transactional, a task for future payoff, rather than something worth doing for the intrinsic pleasures in the moment.

It makes for a demoralizing experience as students internalize that they have little agency and choice over their own lives.

So when disappointment hits, students have little practice with shifting directions and heading somewhere different. Instead, education should look like an array of possibilities – some of which don’t involve college, by the way –  rather than a grim march along a straight line. Students should be able to switch tracks with as little friction as possible.

Putting a little slack in the system requires students to be adaptable, self-directed, and resilient, traits that will serve them well regardless of what their futures hold.

Education Charities Worth Supporting »
« What Do Students Miss Most? Connection.