On Appreciating the Neighborhood School 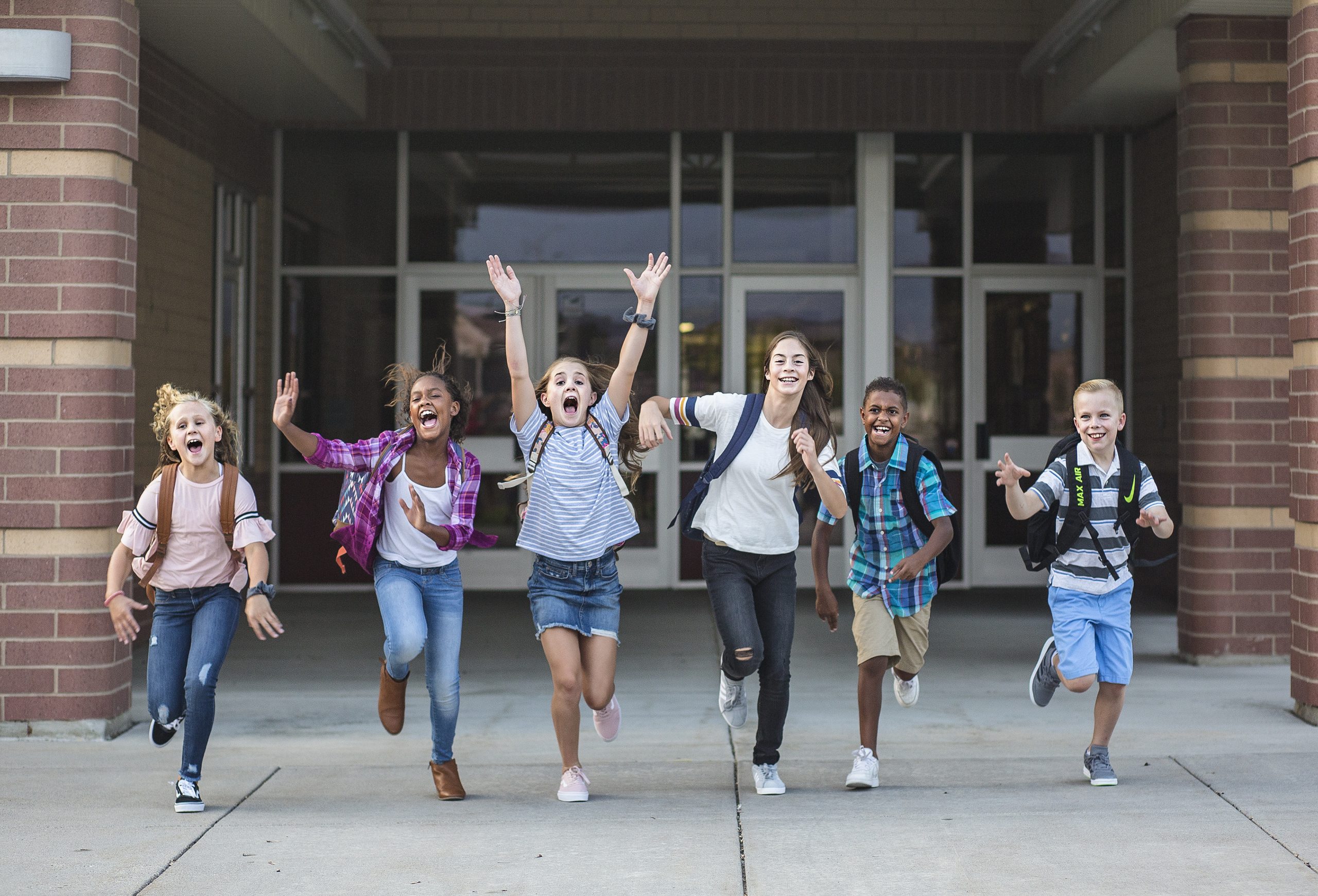 On Appreciating the Neighborhood School

I’ve been thinking about the neighborhood school, probably because school is now in session in person and because I live near both a grade school and middle school. If I’m out and about in the afternoon, I see the packs of students disgorged into the streets doing what kids do between school and home.

It looks a lot like what I did on the way home from school forty-plus years ago, only with cell phones: kids riding bikes no-handed, others walking in packs, jostling each other, talking animatedly.

I’ll admit on occasion I get irked when traffic is snarled near my house because of child pick-up or just the sheer mass of kids moving through the streets, but by and large, despite not having kids, I’m very pleased to live near a neighborhood school, just as I lived near my neighborhood school back in the day.

There’s some obvious turbulence around our neighborhood schools. Some school board meetings have devolved into shouting matches, even violence, over COVID policies. The spirit of neighborhood comity is not in evidence at these meetings.

In their book A Wolf at the Schoolhouse Door: The Dismantling of Public Education and the Future of School, Jack Schneider and Jennifer Berkshire outline what they believe is a deliberate attack designed to undermine the neighborhood school and make way for a more market-based system. When schooling is viewed as an opportunity to pursue individual fortune, as opposed to a collective enterprise, this is a logical result.

In cities like Chicago and New York, students are disappearing from local schools. Numbers for 2021 are still being calculated, but Chicago Public Schools lost 15,000 students last year.

Half of New York City schools report losing 10% of their students since 2017.

COVID is having an obvious impact. In some cases, low-income students who have not been able to access school remotely have slipped through the cracks. In other cases, wealthy parents with the resources available to insulate themselves from some of the negative effects of the pandemic have set up home schooling pods or opted into private schools. They may not be coming back.

Attitudes around public schools are also troubling. A survey by Education Next — a publication funded by pro-privatization groups — found that only 23% of respondents would give public schools an “A or B” grade when they consider the nation’s schools as a whole. This is slightly higher than the 20% who gave schools an A or B in a 2008 survey, but it suggests low confidence in schools overall.

However, that same survey, again, by a group that is openly hostile to public schools, shows that 55% of respondents would give their local school an A or B grade. This is significantly higher than the 40% who gave schools an A or B grade in the 2008 survey.

Sure, we should wish this number were even higher, but it is interesting to consider the increase over time, even as feelings about schools nationally have essentially stayed the same. These sentiments also come after a year-plus of trying to operate through a global pandemic.

What do all these data points tell us? It’s hard to draw definitive conclusions. Americans often assess our country’s systems as dysfunctional in general while simultaneously approving of their local chapter, representative or segment of that system. Resolving this seeming paradox could probably lead to a lot of progress. If people felt about their own elected representatives the way they feel about Congress as a whole, incumbency would be an albatross, rather than a tremendous advantage.

To me,  this phenomenon suggests that we should be cautious about getting wrapped up in national debates about schools and schooling, and instead focus on what’s right in front of us, the people in our neighborhoods and all the things we share.

Every time I see those kids swirling through the neighborhood, I’m reminded there are some pretty amazing things happening every day in those school buildings and how I wouldn’t be who I am without my neighborhood school.

« Getting Above the Standard on Standardized Tests